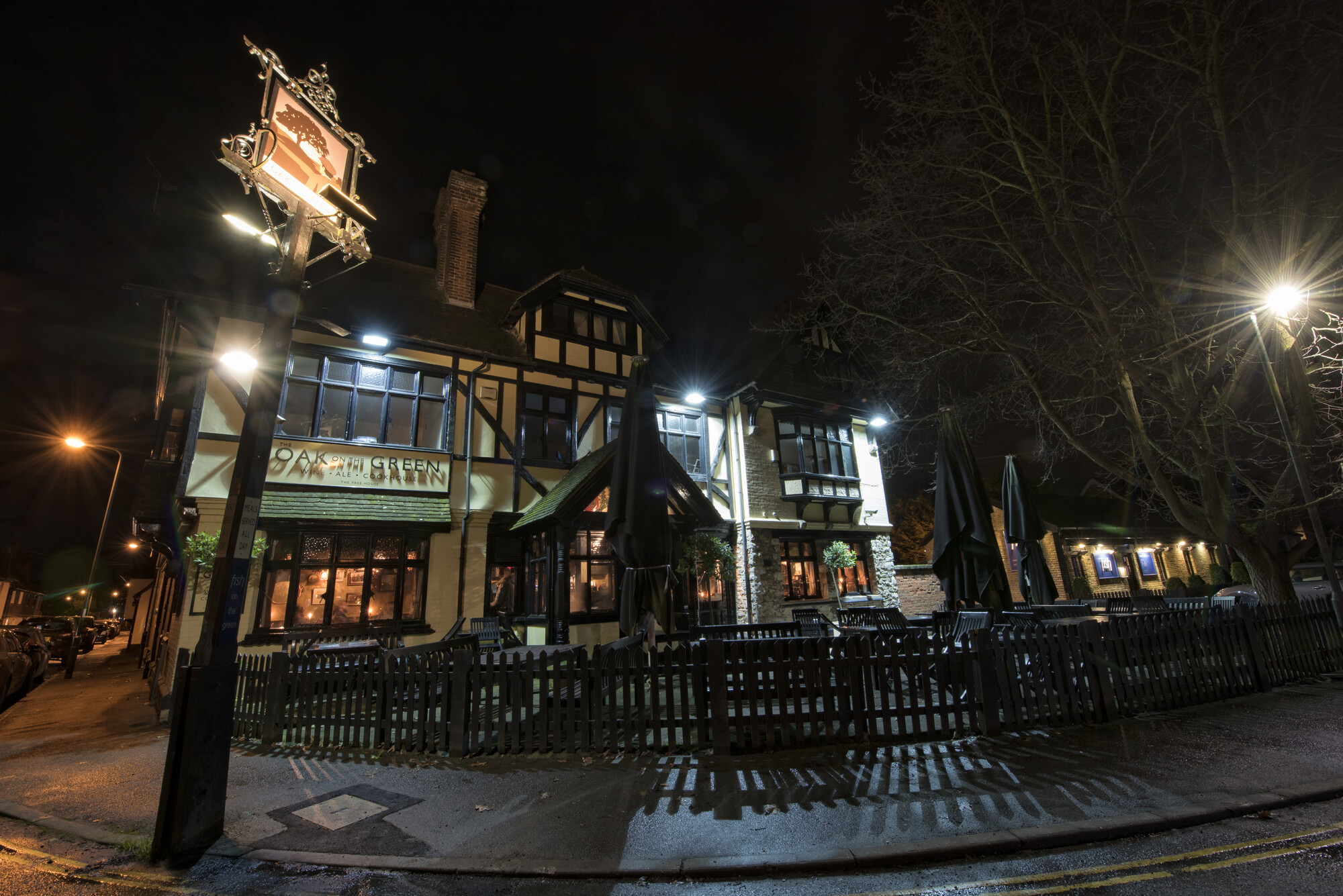 Thinking about a gift

Buy a loved one a voucher

The Oak on the Green is located at Bearsted, near Maidstone, on one of the prettiest village greens in England.

The earliest documented mention of the pub is an agreement between Daniel Birkman, a distiller, Thomas Buffield and Christopher Longley, a gentleman of Bearsted. Mr Longley was paid £200 for;

‘All that messuage or tenement not known by the signe of the Oake Inn, one stable, two gardens, one orchard, one piece or parcel of land belonging containing estimated two acres’.

Local legend has it that parts of the Oak were once a holding jail for the local courtroom. A further history is on display in the ‘Olde Smoking Room’ at the Oak.

Famous Inhabitants of the Village:

Alfred Percy ‘Tich’ Freeman (1888 – 1965), Kent leg spin bowler and the only man to take 300 wickets in an English season. He lived at a house called Dunbowlin.